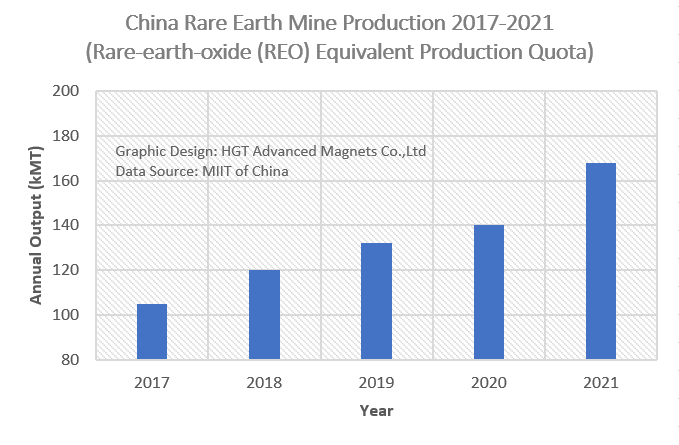 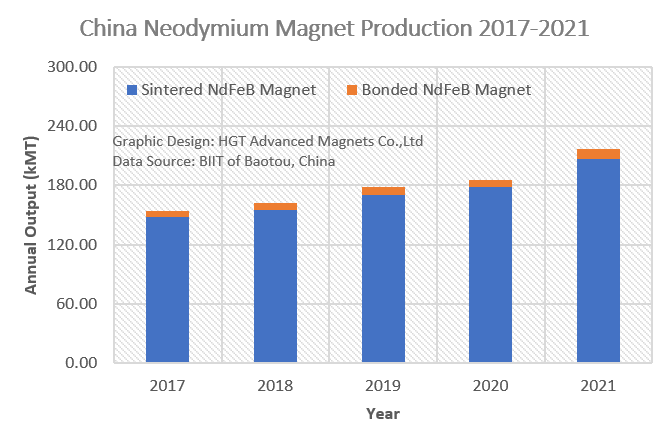 China supplied more than 95% of the global rare earths in the 2010s. China’s global share dropped to around 80% in 2017. By 2021, China’s global share had further dropped to around 60%. During 2017-2021, China’s CAGR is 9.86%, while the global CAGR is 16.23%. It can be seen, rare earth production outside China had grown much faster than China’s. As the world pays more attention to the security of rare earth supply chain, rare earth mining projects outside China will continue to maintain high growth in the next 3-5 years. 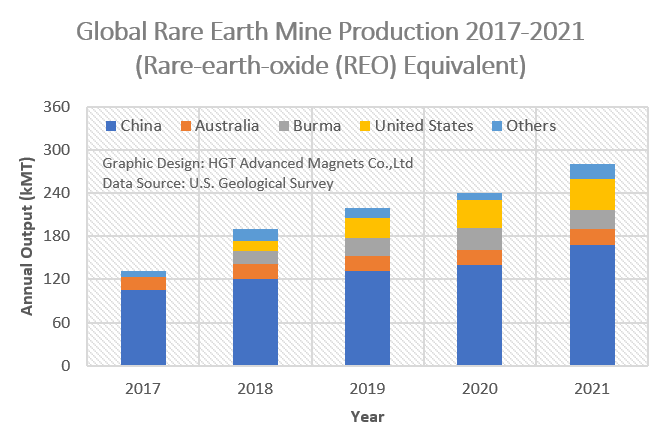 Rare earth prices have plunged sharply since March after hitting their highest in nearly a decade in February. Typically, PrNd metal price continued to drop by around 16% in March. Following this trend, it is predicted that PrNd metal price will drop to below 800,000 or even 600,000 CNY per metric ton in 2022.